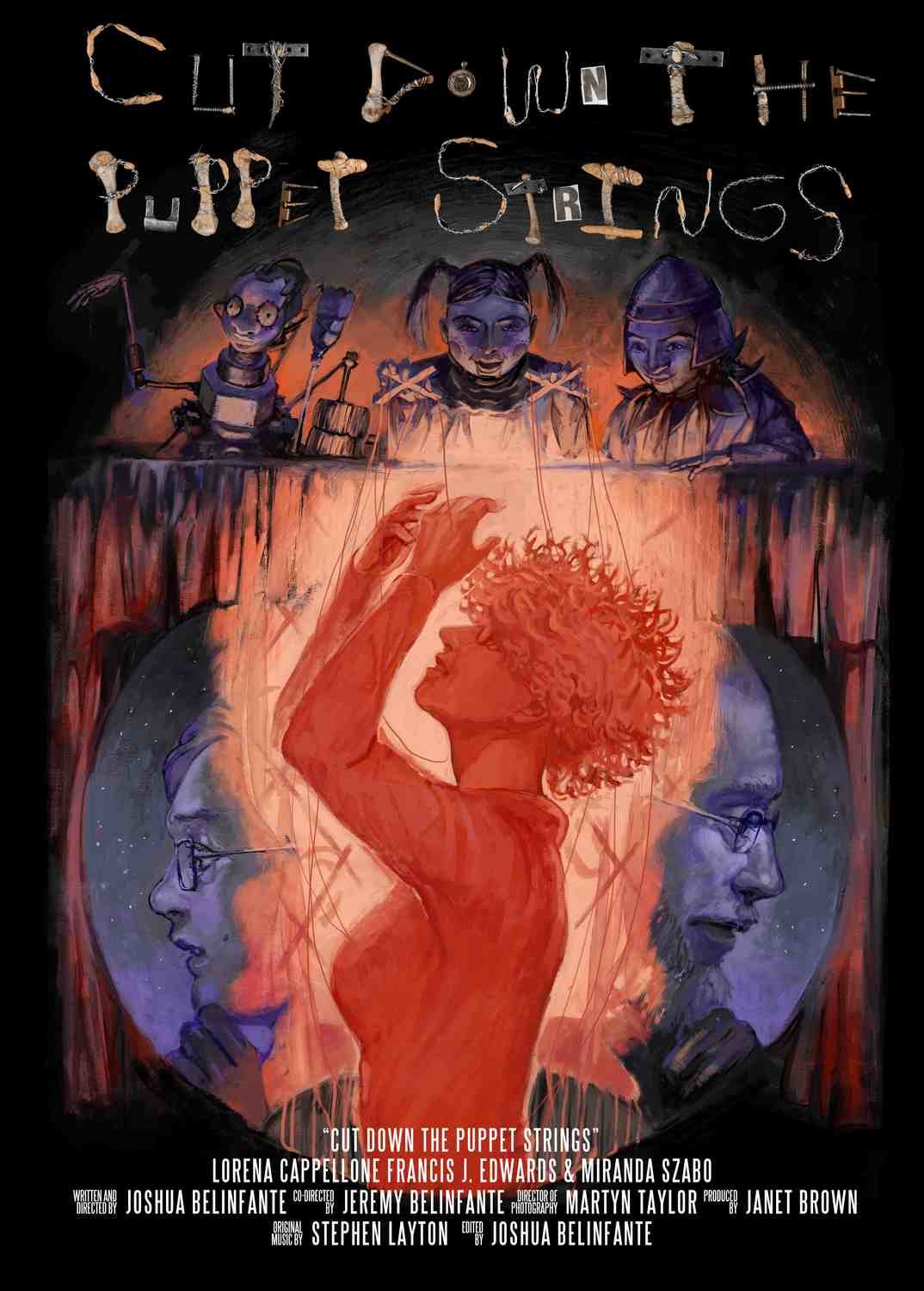 Cut Down The Puppet Strings

Synopsis: Stavri Binnes is an unlicensed astronomer who constantly prophesises of the future to avoid analysing her present and past turmoils. Sounds from the outside world are unbearable. Through her daily sky gazing ritual she believes that the sun is hurtling towards her home. The recent loss of her husband, Joseph and daughter Anna has destroyed her resolve and she chooses to ignore the threat of the sun. Rather, she wishes for her world to end. Her only remaining motivation is to recreate the life that she has lost. Iron Clad is the incomplete result, a subservient metal creature that torments Stavri with her own memories, reminding her of both her late husband and daughter. Unbeknown to Stavri, underneath her kitchen and through a microwave’s doorway is a passageway into the basement. Trapped and controlled in an endless auction game with mischievous creatures lies Stavri’s daughter. All that remains is a small human hand yearning to connect with her mother. Iron Clad is the one variable in this story of reconstruction and loss, the choice of whether to aid Stavri or follow the child’s possessive plans will offset the balance. Whichever way is chosen by Iron Clad, a hurtling vicious, vibrating sun awaits Stavri and her house full of misfit creatures.

Save this product for later
Display prices in: AUD